Jayhawk: Love, Loss, Liberation, and Terror Over the Pacific 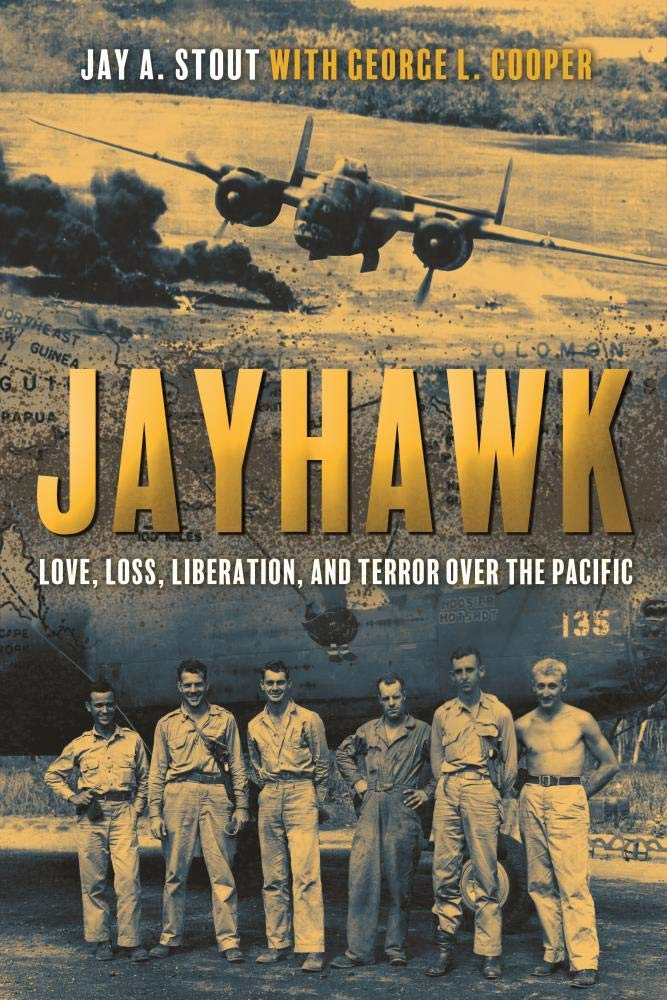 Born in the Philippines to an American father and a Filipina mother, George Cooper is one of the few surviving veteran pilots who saw action over such fearsome targets as Rabaul and Wewak. Not just another flag-waving story of air combat, Jayhawk describes the war as it really was—a conflict with far-reaching tentacles that gripped and tore at not only the combatants, but also their families, friends and the way they lived their lives.

Stout examines the story of Cooper’s growing up in gentle and idyllic pre-war Manila and how he grew to be the man he is. At 100 years old, few men are left alive who can share similar experiences. Stout reviews Cooper’s journey to the United States and his unlikely entry into the United States Army Air Forces. Trained as a B-25 pilot, Cooper was assigned to the iconic 345th Bomb Group and flew strafing missions that shredded the enemy, but likewise put himself and his comrades in grave danger. A husband and father, Cooper was pulled two ways by the call of duty and his obligation to his wife and daughter. And always on his mind was the family he left behind in the Philippines who were in thrall to the Japanese.